It’s all about the install! 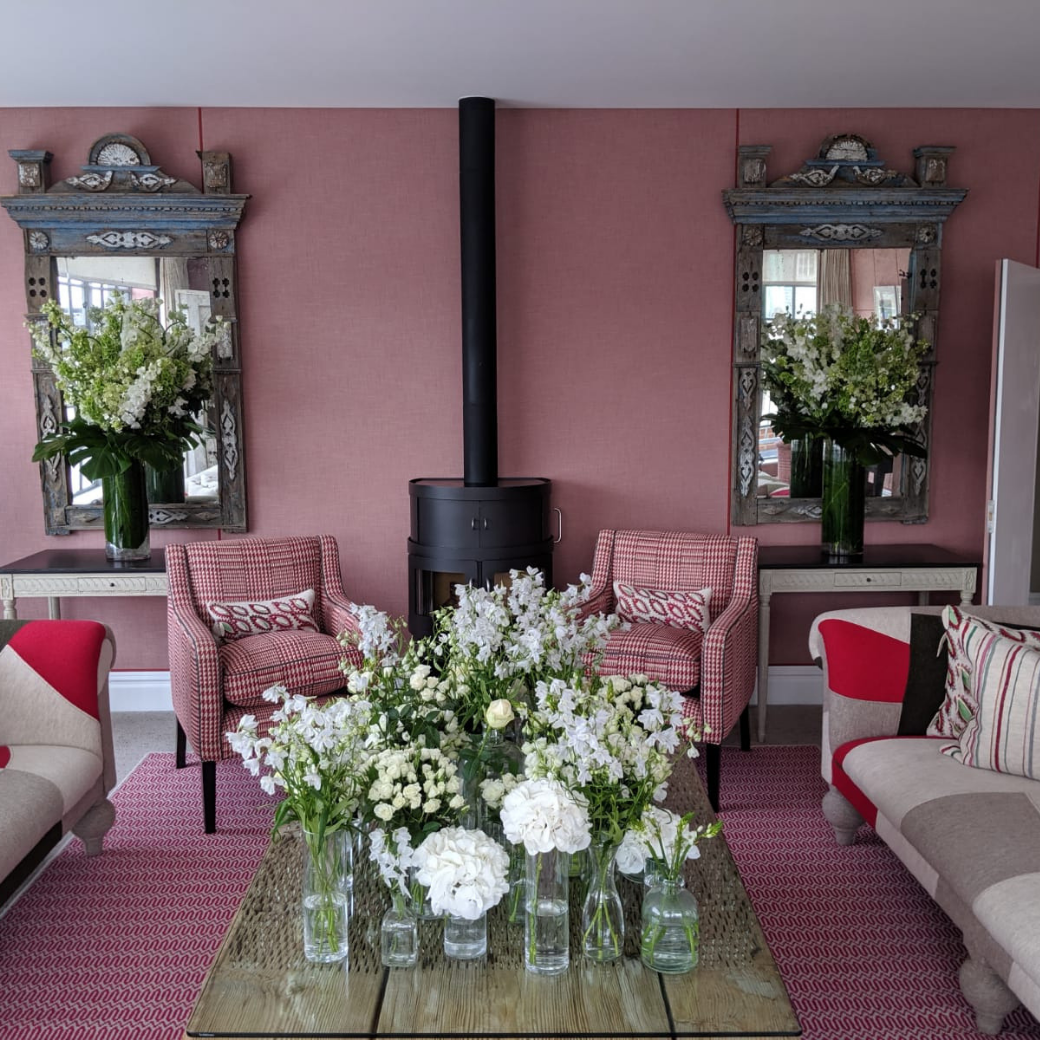 05 Aug It’s all about the install!

Part of the fun about our job – yes, there are some fun elements in this mad world of floristry! – is being given access to some of the most wonderful venues, homes and hotels in London.  We are lucky enough to have been working with Firmdale Hotels for 20 years now and apart from the Covent Garden Hotel, have been brought in at the conception of all their hotels in the West End here in London.  Some like the Haymarket Hotel have been transformed from existing buildings and others, like the Soho Hotel, have been completely rebuilt from scratch.

It was at the Soho Hotel the other week where we were asked to ‘just go wild’ with an installation for a celebration that took place over a weekend in the hotel’s Terrace Suite.  As the name suggests, the suite has an almost wrap-around terrace with stunning views over Soho and the West End. Our client wanted the flowers to be all white with accents of green foliage.

The focal point to the install was a large, low coffee table which sits between 2 luxurious sofas; this was ‘to be covered with flowers’ so we came up with a design that we hoped would echo and complement the effortless chic and style of the suite.  As we are familiar with most of the larger suites throughout the hotels, we were able to map out an area in the shop to recreate the size of the coffee table so that when the team arrived to install the flowers, there would be no surprises!

To ensure we kept the look of the install contemporary, we used a selection of clear glassware for all the arrangements, about 40 vases in total!  Some were small bottles which held a single stem or two while others had a dome of roses and taller ones had elegant grasses lending some height to the design.  There were also 2 large matching vases arrangements placed on side tables to complement the table flowers.

With hotel installations, it’s all about timing especially when putting flowers into a guest suite so we had a window of about an hour when housekeeping were putting the final touches to the room before the guest checked in!  So, it was all hands on deck with our driver, 2 of the team and Mark making sure everything was put in the right place.

Take a look at the pics and the video of the install over on our Facebook page and let us know what you think!