4 years ago, in the summer of 2015, we were invited to be a part of British Flowers Week which was then in it’s 3rd year.  It was a huge honour and a great privilege to be asked as not only does it mean that we were acknowledged as a small business to be supporting British suppliers, but it was wonderful to be working together with other florists who have the same high standards as us in style and design.

The flower we chose to feature was the allium which has become more and more popular over the last few years, both as a cut flower and in garden design too. Whilst it may be more of a structural and architectural flower, with a little bit of imagination the allium can be worked into many different styles of arrangements, as you can see from the images of our designs. 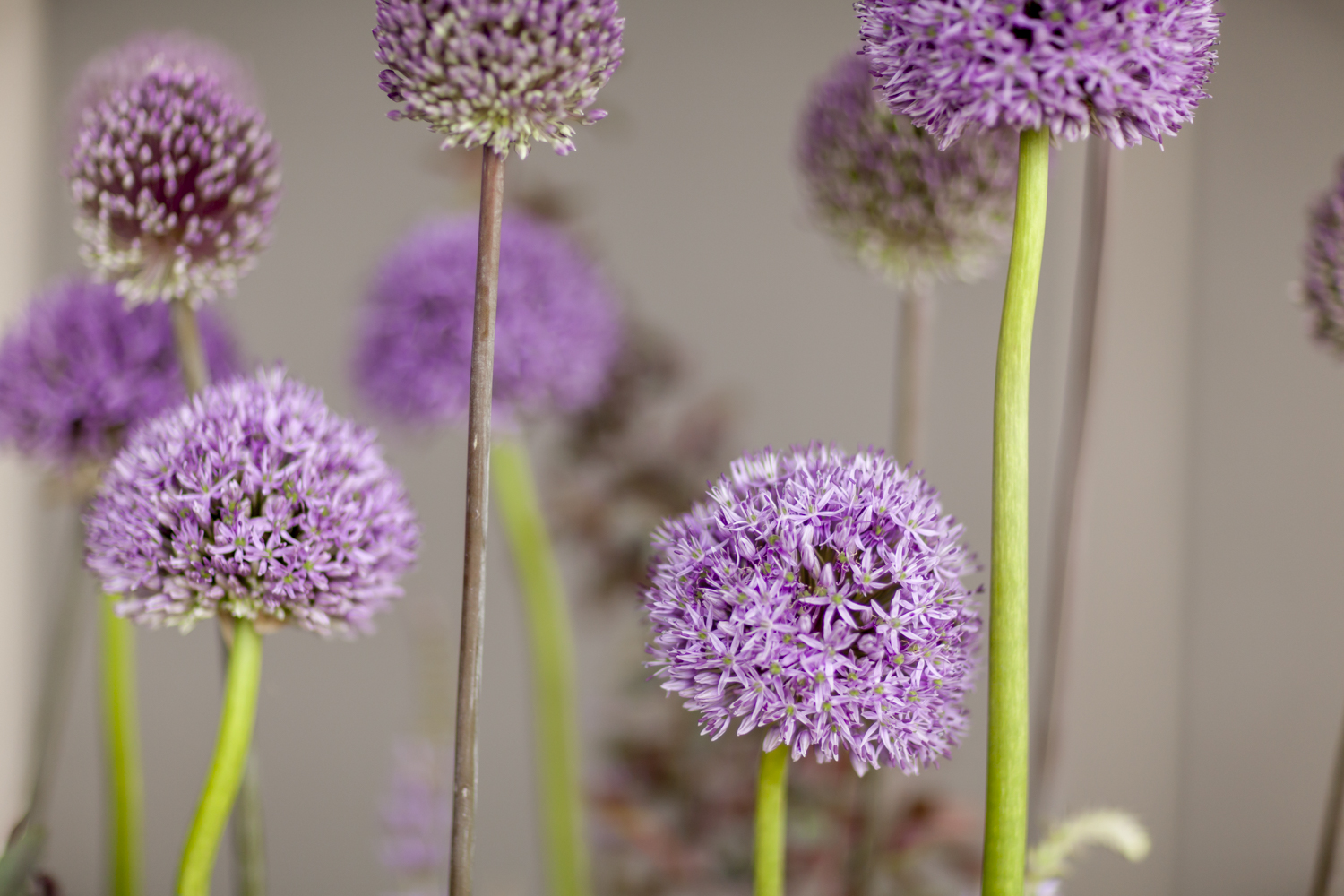 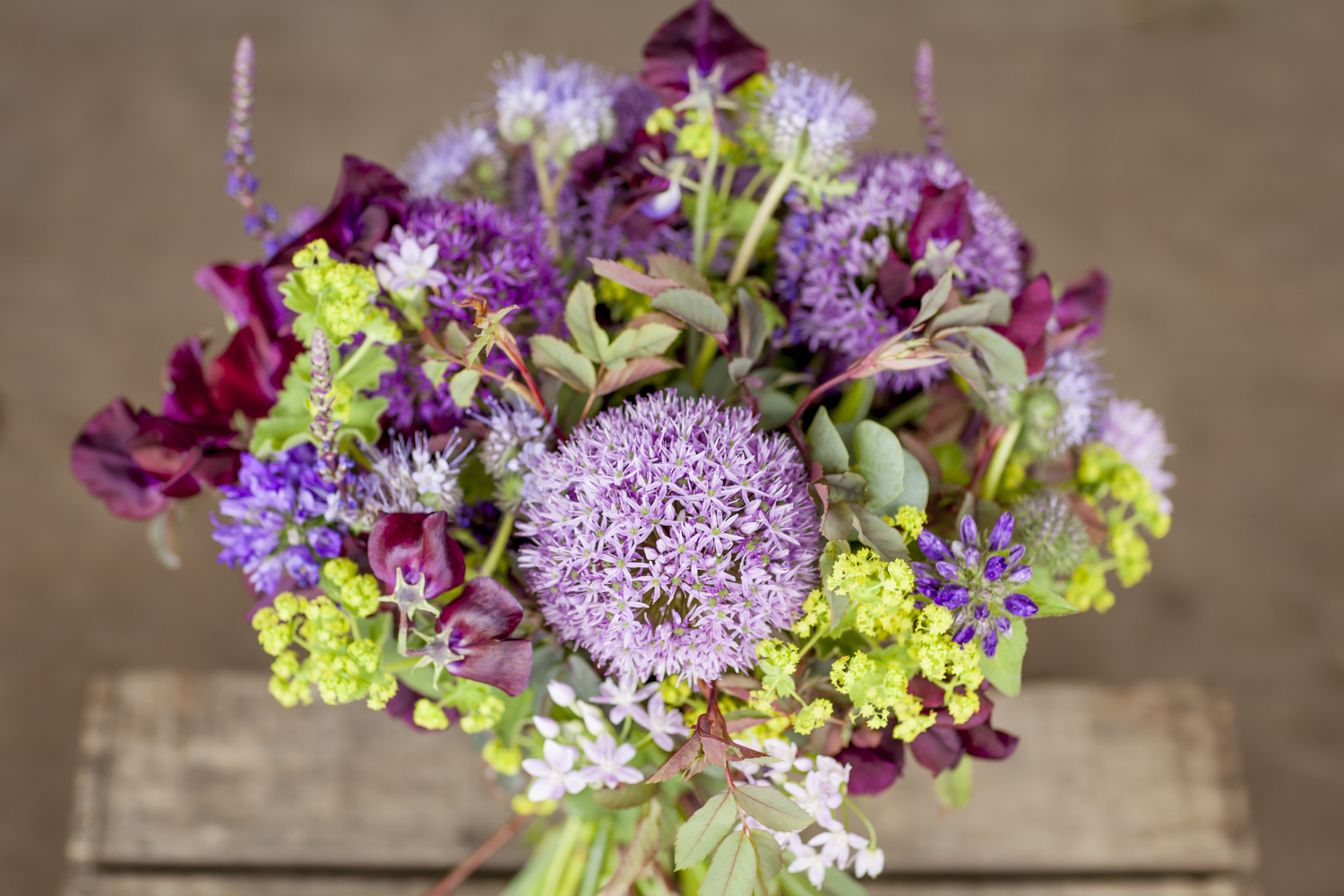 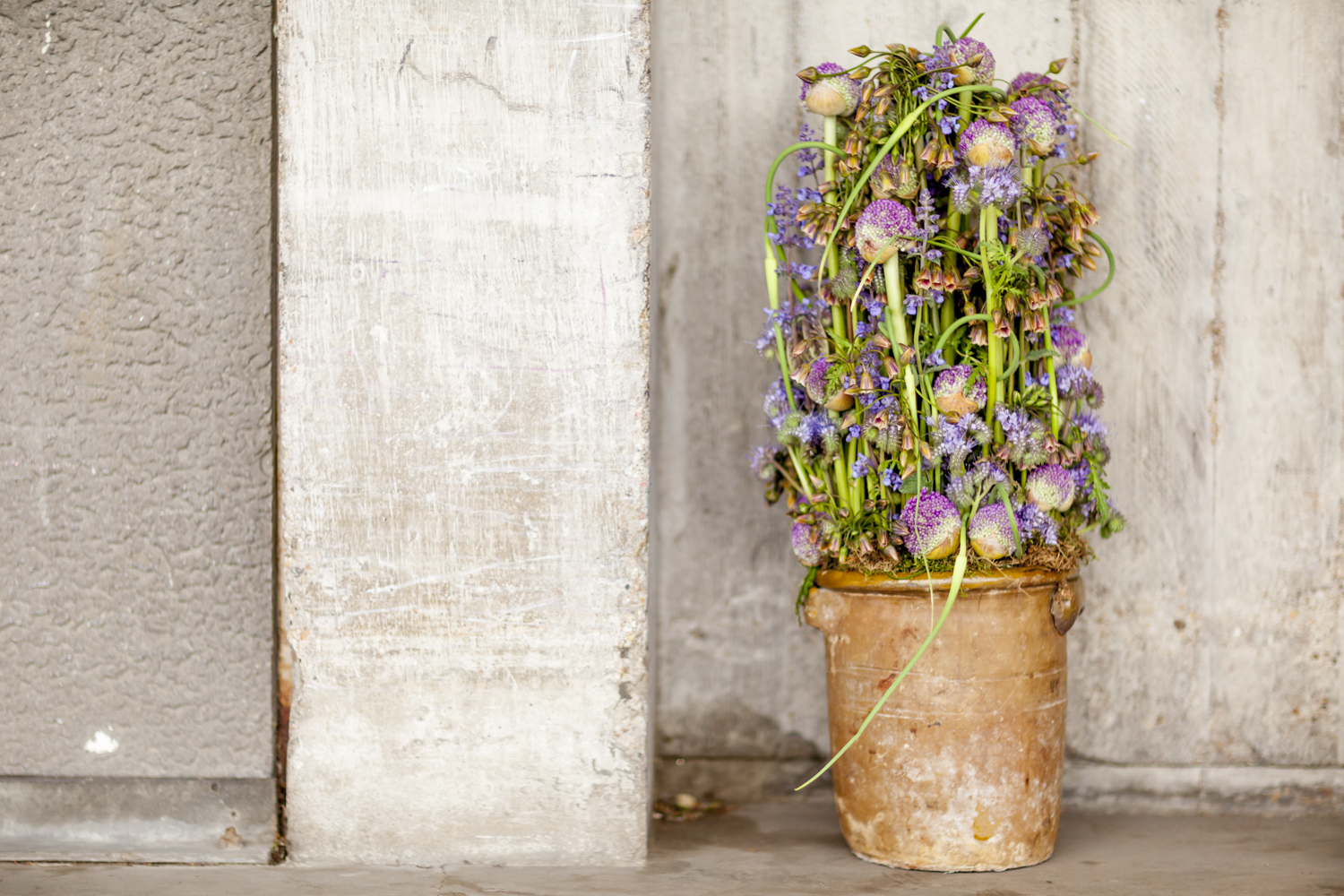 There are many varieties of allium ranging from the large allium Globemaster with its giant pompom head to the small headed allium Sphaerocephalon.  There are white flowering alliums and even a crazy shaggy headed variety, allium Vineale Hair.  We used as many as we could in the 5 designs we had to submit for British Flowers Week.

The British flower industry is becoming stronger each year and there are now a number of growers throughout Britain that either supply directly to buyers or send their stock to the larger wholesale markets.  Whenever we can, we buy British grown flowers and foliage but a lot of the time this is based on seasonal availability which means we can stock more of them in the summer months than perhaps at other times of the year.

This year’s British Flowers Week runs from 10th-16th June. Follow the hashtag #BritishFlowersWeek across social media to be involved 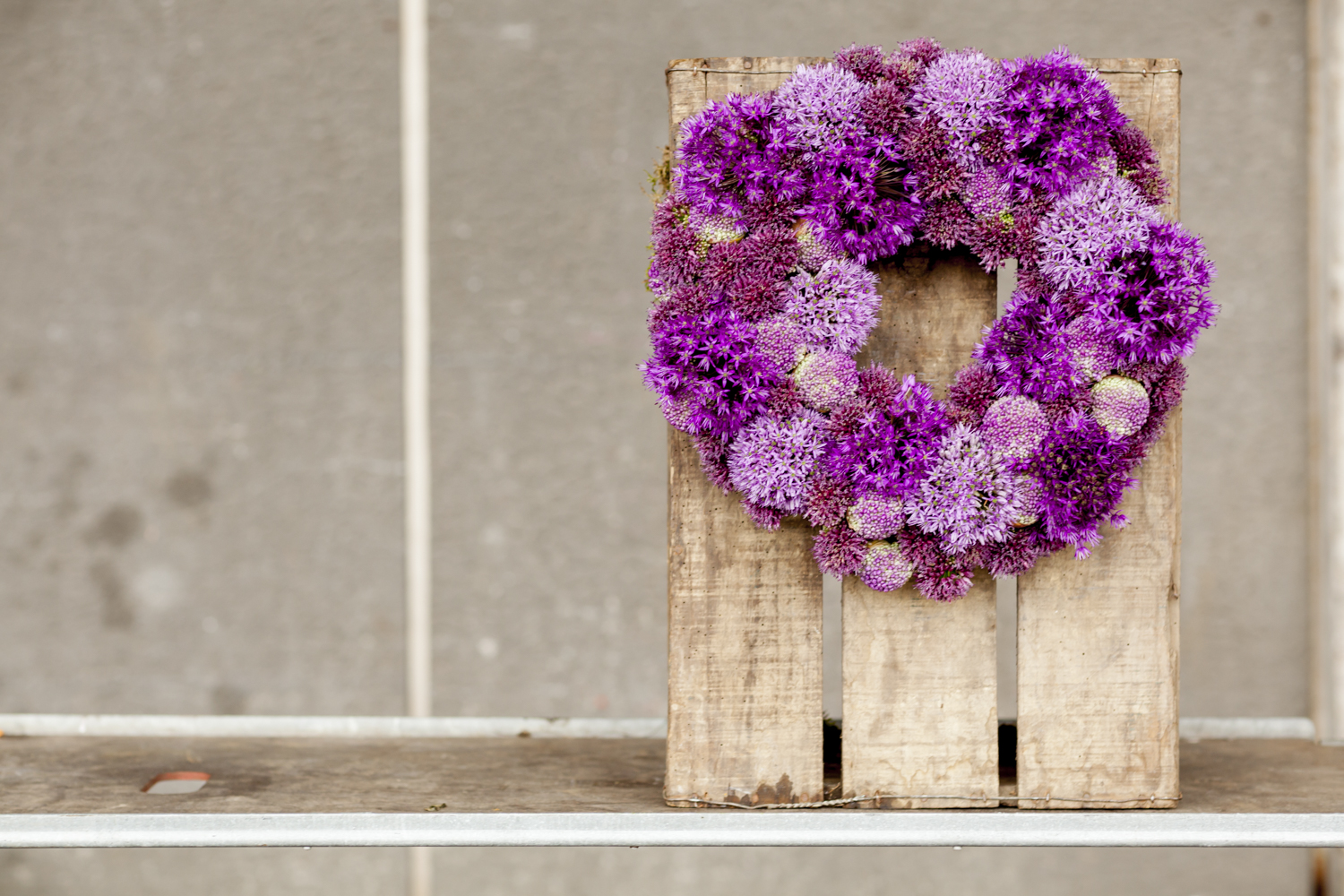 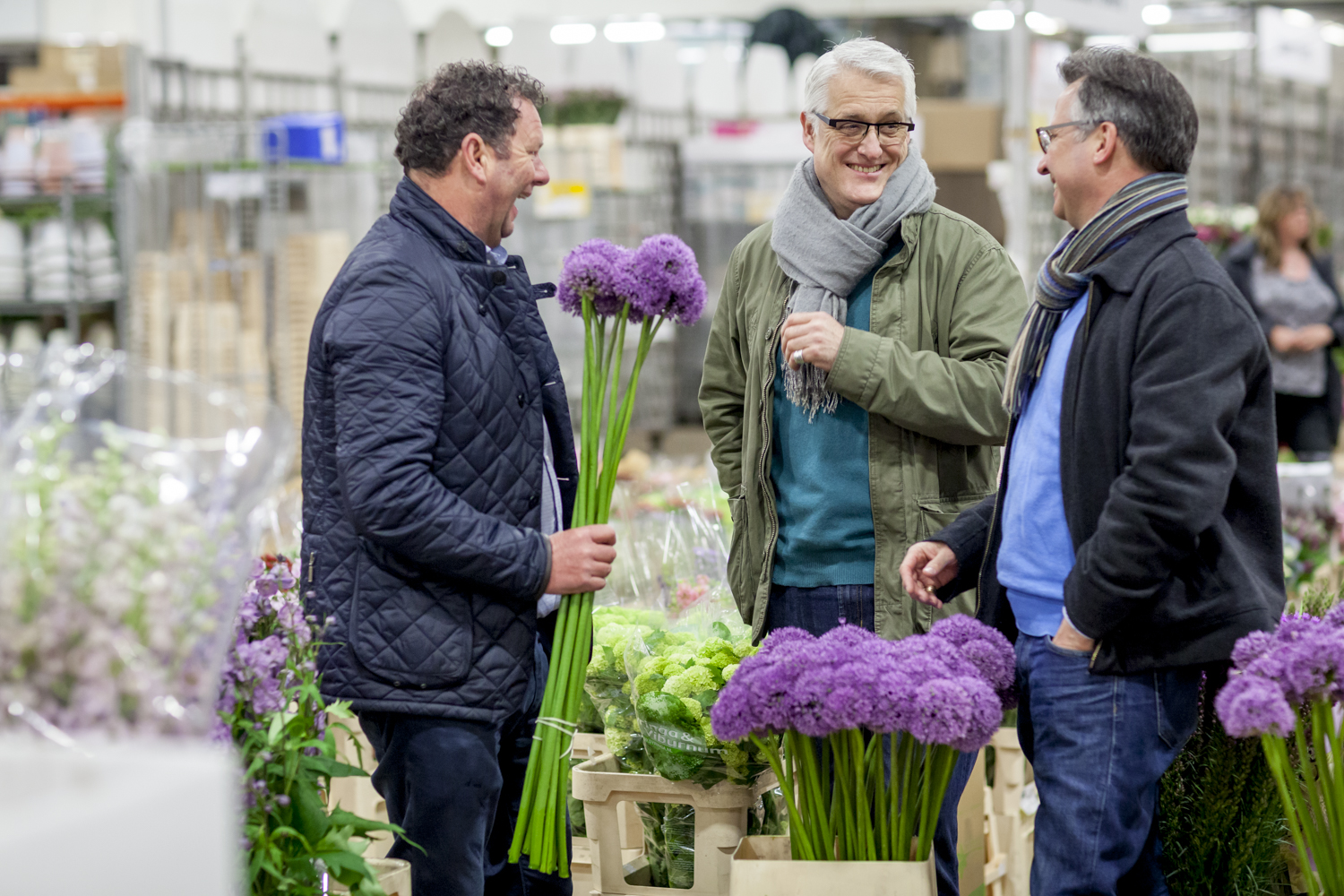